As part of the event, I’m offering special book pricing for both FAMILIAR and UNFAMILIAR at $10 per book, and I will personally sign each copy! Put your name and email in the Comment Section below, or email me at stevereinagel@gmail.com to arrange payment, and then – enjoy the stories!
Have fun with Samicon!
0 comments
Email ThisBlogThis!Share to TwitterShare to FacebookShare to Pinterest

I've added a Facebook author page and a corresponding group page where I'm posting updates and better ways to connect. I will still be updating this website and it will remain a great place to capture an overview of everything I'm doing, but now there's more ways to follow!

Here's a link to my author page:

Book Two of the Lorgun Trilogy is Done!

I wasn't sure this was going to be a trilogy - I like to let my stories develop organically, with gentle proddings - but that's what it looks like it's going to become! Now a new set of tasks get kick-started, like namely working with my artist for the cover and having beta-readers go through the novel for issues. Feedback thus far has been very promising and encouraging. By the way, if you want to become a beta-reader, let me know and I'll be happy to work with you!
Look for more updates soon! 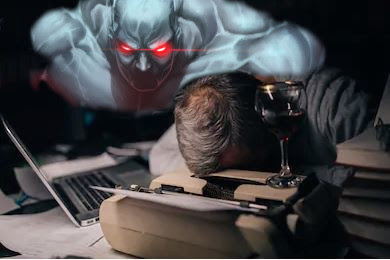 "Hmm...this looks good...maybe I won't have to kill my creator after all..."
1 comments
Email ThisBlogThis!Share to TwitterShare to FacebookShare to Pinterest

I'll be at the Royal Oak Bookshop on Saturday, October 26th at 1pm, ready to put FAMILIAR in the hands of more readers - just in time for Halloween! The shop is at 207 S. Royal Ave - see you there! 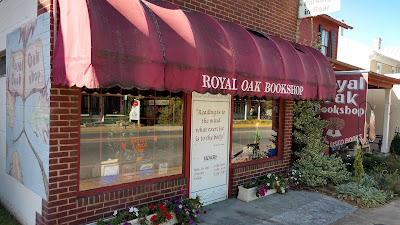 Book 2 - UNFAMILIAR - is in Progress!

Those of you who have read FAMILIAR know there's more to the story - and you'll soon get to read it!

Lorgun discovers that a much bigger world exists than the one he had previously only glimpsed through his short windows of time, and it’s a far more complicated and treacherous world than he could’ve imagined – one of secret plots that could topple ancient powers, and where Lorgun’s unsuspecting part in it makes him the target of bounty hunters, pirates, monsters, cultists and killers. Look for its release in early 2020, but you can read the beginning of the novel by clicking on the FAMILIAR link in the banner above. Enjoy!

Hi all - I'll be at the Lift Bridge Book Shop in Brockport, NY on Saturday, May 4th at 2pm to unveil the new novel, do book signings and talk about whatever, so please come on out! The store is located at 45 Main Street. See you there! 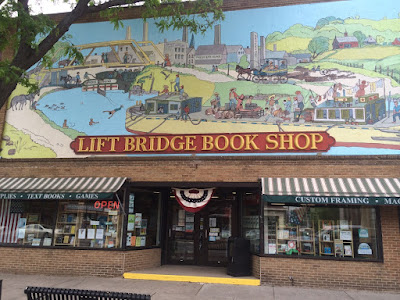 Summoned forth (eerily weaving hands through the air) as if by...well, a lot of hard work. My first novel has been released! For someone who grew up with a lot of sci fi (watching, reading, writing), I find it funny that my first published work is in the realm of fantasy. There’s probably a little sci fi in there, lurking among the elements of steampunk, pirates, action scenes, romance and courtroom drama, but that’s only because I love to mash up genres. Writing about what I love hopefully resulted in a book that people will love to read! Available in eBook:
https://www.amazon.com/Familiar-Steven-Reinagel-ebook/dp/B07KPNJGSX/ref=sr_1_1?s=digital-text&ie=UTF8&qid=1544191237&sr=1-1

The concept for the main character actually came about while writing a different novel (which will also get published some day), but people kept telling me they'd never heard of a story from such a character's point of view before. The idea that I was on to something relatively fresh and original kept me plugging along, and I'm so happy with the result! Everyone's time seems to be so short and precious these days, so the biggest honor for me is if someone spends some of that time in the world I created. Please send me comments and let me know what you think of the novel!

With Halloween over (sad face), we move on to the next holiday - which, according to all the stores, is Christmas. I'm taking another week before I think about that, and focusing on Thanksgiving!
But before I wave goodbye to the frightful festival, I have posted my latest short story here (well, in the 'Short Stories' section). So if you never downloaded the whole anthology from Amazon, here's you chance to read just my entry - which I'm proud of. Go read it!
0 comments
Email ThisBlogThis!Share to TwitterShare to FacebookShare to Pinterest

My latest story "The Commission" is part of my writing group’s annual Halloween anthology, which is now available on Amazon! In 2016’s anthology, I wanted to create something with a Poe-esque feeling (taking on the challenge to write something in a classic horror style), but for this new one, I moved several decades ahead in time and ‘crafted’ something with a very Lovecraftian overtone. Go download it, read it, enjoy it (hopefully) and let me know if I pulled it off!

art by remittancegirl
1 comments
Email ThisBlogThis!Share to TwitterShare to FacebookShare to Pinterest

As a writer, I like to jump around. Little of my work even remotely resembles anything else I’ve written beforehand. It’s my way of being an explorer in the world of words. This story follows that convoluted path down a dark direction this time...
My previous anthology entry had a modern setting, but I wanted to write something with a classic and gothic tone, as if a lost work of Poe had been recently discovered.  Few stories today are written in this fashion, maybe because that style and subject matter have been considered ‘used up’ or exhausted, wrung dry like an old washcloth. I’d like to think that’s not true. You’ll have to let me know if I succeeded or not. Click on the ‘Short Stories’ link above to find it, and enjoy!
0 comments
Email ThisBlogThis!Share to TwitterShare to FacebookShare to Pinterest

Of All the Things That Are Hardest to Change… 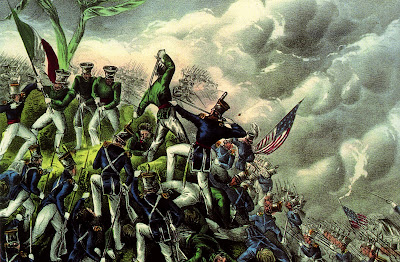 I think ‘our minds’ often tops the list. It seems once we’ve made up our mind on something, nothing will move us from our spot. It’s as if we’ve taken a hill and, surrounded by enemies, we’ll staunchly defend it until the last gasp. Even if the hill is in fact made of sand, and we should probably abandon it before we sink into it and end up buried forever.


You can apply this metaphor on many levels, and probably more important levels (like relational or societal) than I’m about to apply it to, but at heart I’m writer – a storyteller – and that’s what this blog is about, after all. So to that end, I have to say that I’ve discovered a blog by an author and critic that’s made me rethink my attitudes towards some influential narratives. And that’s a rare thing in our world today.


His name is John Kenneth Muir, his blog is found at http://reflectionsonfilmandtelevision.blogspot.ca/.


Before you see any film (and after you see it as well), you should visit his site to find out if he’s written his thoughts on it. They are insightful and thought-provoking. Granted, most of his posts deal with cult works, or lesser-known, lightly regarded works, but I believe these offerings have just as much validity, or even more validity, than the mainstream ones. It’s the peripheral visions, the ones that slip under the radar, that often reveal the true image of ourselves and our world. They don’t pander to the commercial beast, aren’t homogenized for the masses, or the result of corporate boardroom focus-groups. They are created out of our most innate human traits - the inner need for expression, to find truth, to connect, to ask ‘why’.  They are created out of…love. And most of them deserve another look. A deeper look.


Case in point: I had written off James Cameron’s epic “Titanic”. Why, though? It was hard to verbalize. But Muir skewered my attitude with a few simple sentences:


“Titanic certainly took the world by storm in December of 1997, but as always when a film proves this big and popular some people find it fashionable to participate in a "backlash" against it…  (They) believe they can distinguish themselves by mocking/protesting/boycotting a popular film.   Again, this approach is different from disliking a film on artistic grounds. This is merely contrariness for the sake of it.”


Yeah, that was me. But now I’m willing to approach it again, especially after he wraps his commentary with: “This is one of those big, entertaining Hollywood blockbusters where you can either play curmudgeon and stubbornly attempt to resist the tide, or let yourself be swept along into a compelling story, beautifully rendered.  I recommend the latter approach.”


In the decade-spanning arena of the James Bond films (of which I am a fan), I had similarly dismissed From Russia With Love as one of the weakest films. In direct contradiction, Muir pronounced “Many film scholars and long-time James Bond fans will tell you that Goldfinger…is the greatest of all the twenty-three 007 films, but I respectfully disagree with that assessment. The very best of them all is actually Goldfinger’s immediate predecessor, From Russia with Love.”


I had to know why his opinion differed so greatly from my own. After reading his review, I still have some issues with the film, but I’ve moved my hill a lot closer to his camp. A lot closer.


And nowhere is change happening more than with George Miller’s latest entry in the Mad Max narrative – Fury Road.


When I saw Fury Road, I didn’t like it. I kind of took it personally. For many years, The Road Warrior was my favorite film. It even edged out the Star Wars movies, and as a kid growing up in the 70’s, that’s saying a lot. So you can’t imagine how much I was looking forward to a new Max film – and how disappointed I was with it.


It wasn’t with the production values. Fury Road was visually spectacular. The acting was great. The… (oh, just see my previous blog entry). What I didn’t like was how they altered the main character and his role in the world – or more precisely how his role was seemingly supplanted by more dynamic characters. Again, I am a storyteller. To me, the story and characters take center stage over all the glitz and special effects. That’s exactly why I can watch older, “cheesier” stuff that my family scratches their heads at – I can look beyond low-budget effects, and find the strong, loving heart beneath.


So I was understandably unhappy with Miller’s latest release. But Muir dug deep into the film’s psychological underpinnings, and made me realize some aspects that I hadn’t considered. The primary one being that running away from a problem doesn’t fix it. Our problems only follow us. We bring them to a new location. Sometimes we need to turn around and face things we’d rather just escape from. Real change.


From a storytelling point of view, the movie’s still not perfect. In a messed-up, post-apocalyptic world, you can’t fix things so easily in the end. I felt they were reaching for a “feel good” resolution, which maybe can happen after a couple more movies with the new cast, but not so soon. But overall, my feelings have softened towards this film. Which is what I want – I want to love it. So thanks, John. Keep challenging us to look deeper. I’ll be visiting your site regularly.

Who Is This Guy??